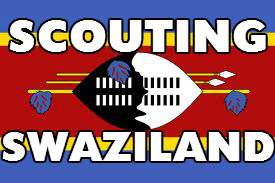 Have you ever had a far off adventure that keeps crawling back to the front of your consciousness? I have. More correctly, I do. My adventure is in South Africa.


My wife's cousin and her family live in Swaziland, a country hugged by South Africa on its Northeastern border. She and her cousin are basically sisters who grew up in different houses. Our children and theirs are very close in age so get togethers are always fun and entertaining for all. I have been receiving increasing pressure to take a trip to Swaziland to see them.

She's a smart woman, my wife. After several failed attempts, she knew how to hook me into going. Swaziland has become somewhat of a jewel in Africa for fishing. They have trout streams, largemouth bass lakes and are almost pollution free. An untouched paradise if you will. Just across the border in Mozambique is saltwater and Maputo Bay. Further working toward me going is a private lake that the cousins have access to.

Honestly, this would be a once in a lifetime trip. I don't foresee being able to travel very often to Africa or even South America. I daresay I may only get to do Africa once.


Local intel is telling me there a few to no kayaks on any of these lakes. Noted.
I also know that Lake Komati is a growing hotspot for South Africans to seek out big largemouth. With only a few years since development, the lake has already produced an 11.9lb behemoth. Regular catches are bass between 5 and 8 pounds. Yes. You read that right! The bass are getting fat on a fish called a Blue Kurper which is in essence a Tilapia.

The streams are fished by conservatory fly fishermen some but not with the pressure like Colorado gets here in the States. I might have to try that too.

As for Maputo Bay, I'll have to do more research. Security is a huge concern for me while there. Inside of Swaziland, threats are minimal, security is tight and tourists are welcomed. Mozambique may prove to be a different story.


In scouting out Swaziland I feel like I would most likely be out of the US for 14 days. Four of those would be for travel and then 10 for exploring. I would like to spend an entire day at Lake Komati, maybe two if we stay at the lodge. It's only 75km from where we will be staying and has a nice highway (if there is such a thing) to and from. I'd like to spend three days on the private lake looking for different species of fish. Both of these excursions I would want to do in a kayak. More on that in a bit. The third leg, if it proved safe and worthwhile would be to cross the border into Mozambique and fish Maputo Bay. For safety this would also likely be a surf casting trip and not a kayak trip. Great white sharks are no joke, not to mention those crazy currents.

The hardest part of trips like this is lodging. Luckily, that part is figured out. This trip would most likely take place in November or December of 2014. The seasons are different of course and the November/December time frame has temperatures from the mid 50's to the low 80's. That also allows for time to gather what will be needed. To make this happen, I would need sponsors to be able to donate equipment. The idea would be any equipment that doesn't fit in a suitcase would have to be shipped and stay there when we leave. The cousins run the African Christian College in Swaziland. Ideally all shipped equipment would then be donated to ACC for their use. A write off as a charitable gift.   So what items would we need?

Ideally, I would like to be able to produce a documentary and a book about the adventure. If a company wanted to send a crew to film it, I could help make arrangements for lodging and most likely at no cost. The other logistics we could work out. I do not expect any payment for this adventure. I want to be able to show people around the world Swaziland and its natural beauty as I discover it for the first time from a kayak with a fishing pole in hand. Only a few anglers in the United States will be able to discover what I am planning for. I'll be bringing my story through video and writing even if I am unable to receive help. There is time to plan, come on board and be a prominent and integral part of the adventure but it needs to start taking shape now. If you have an interest in helping and being a part of "Scouting Swaziland", please contact me.

If you are unable to help, be ready for a completely new adventure in early 2015. Thanks for reading!