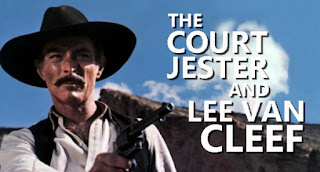 
Probably the most important lesson I learned was to appreciate nature for its great intricacies. All of the serious conversations I had with these formative men revolved around fishing stories and metaphors. I learned how to speak with adults half a century my senior when sitting at the Whataburger either before or after a trip. Nickel Mug coffee and Breakfast on a Bun still represent fishing and breakfast to me even though I can have neither.

These men were completely opposite in their personalities yet so much alike.

Papa Jim was very stoic and appeared to be the long lost brother of Lee Van Cleef. He taught me to work hard to enjoy the rewards of time off. His last words to me, as he lay in a hospital bed, were " Chris, you look bad. You're working too hard. You need to go fishing." I went that next day with my family and I caught the largest smallmouth bass I have ever caught, with my son right there helping me. He understood the seed he had helped plant had intertwined with my soul. It was something he could offer a remedy to. Though we spoke less and less as I grew older, moved away, and started a family, a glimpse of me could tell him what I needed. I miss that man every time I get on the water.

The other was a joker. PaPa, in any situation, was the court jester. My six year old has all of his spunk and fire so I am constantly reminded of him especially since his passing about a year ago. The first question we always asked each other was about the fishing report. This was a man who had pulled my leg hair with needle nose pliers, told girls I brought to the fishing hole I said they were ugly, and could find a sore spot to tease a rhino. I always had fun when I was around him. He made fishing fun. He always liked to compete too. When I was in high school and even into college I would spend spring break with him fishing at area lakes and keeping score the whole time. I can't count how many times we went fishing but it's a lot and not enough at the same time. When Papa Jim passed it was Papa that I hugged the longest. I sobbed so much I must have soaked through the shoulder of his suit. Unfortunately I had no grandfather left to comfort me when Papa passed last January. The torch had been passed to my Dad.

I see my Dad doing the same things with my son as my grandfathers did with me. I hope they come to feel this strongly for him. I am almost sure of it. Fishing, camping or even just spending time in nature with the grandfathers in your life should be a cherished time. It eventually ends and the torch may some day be passed on to you.
Posted by Chris Payne No comments: Links to this post
Email ThisBlogThis!Share to TwitterShare to FacebookShare to Pinterest
Labels: family, fishing, grandfathers, jester, lee van cleef, whataburger 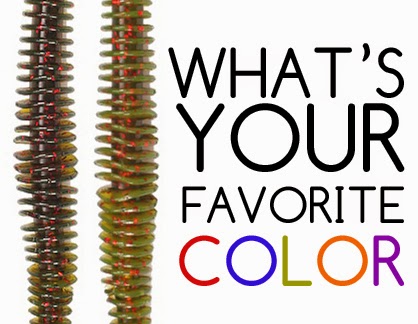 The age old question with a fishing twist: What's your favorite color?Family discussions at my house always gravitate toward fishing. Almost every time, color and style comes up. We fish a lost of soft plastics in our family. They are versatile, fairly inexpensive and produce every season of the year. The styles and colors however, are diverse.

My brother loves to throw a Junebug colored Yum Dinger. He especially likes to throw these when he can find it in the 3" variety but now they're almost all 4". I'd call him crazy but I've seen him consistently put fish in the boat.

My Dad throws a lot of different baits but if I made him choose one, and he could find it, I'd bank on the 4" Berkley Power Worm in Camo. A close second would be a sandworm.For me, it's a 4" Hag's Tornado in Watermelon Chartreuse. Is it any wonder I do a lot of finesse fishing? My whole family does it and has for decades. So if we fish the same waters primarily,together much of the time, why different color preferences?Catches and Confidence.I feel like I could catch Moby Dick on a 4" Hag's in WC. I have consistently put fish in the kayak. If I have a skunk day going on, I know I can catch fish on it. The first time I thought it could happen and it did, the confidence started to build. As I repeated the cycle and it continued to be true, it became known to me that I could put a fish in the boat with this bait. I proved it again on Friday. No fish the first three hours. Switched back to my confidence bait and bam, two fish in 10 minutes.I have seen my brother catch what had to be every fish off of a bank on his bait. The same for my Dad. When I try to use their colors the results are underwhelming.The cool thing is, it might be a color on a crankbait at a certain lake. I know a guy like that. He has won a lot of money (some of it mine) on a Central Texas lake with one particular color. He knows it's special too because that is a secret color only a few know.I have another buddy who has a particular style and color of trailer he uses on spinnerbaits.Call it hocum, voodoo, confidence or coincidence but I bet if you think about it for two seconds, you have a color you always go back to.So, what is it? Let me know here in the comments or on Facebook.
Posted by Chris Payne No comments: Links to this post
Email ThisBlogThis!Share to TwitterShare to FacebookShare to Pinterest
Labels: best, camo, choices, color, dinger, family, favorite, fishing, fun, Hag's, power bait, Tornado, worm, yum
Older Posts Home
Subscribe to: Posts (Atom)