The Beginning of My Fishing Obsession 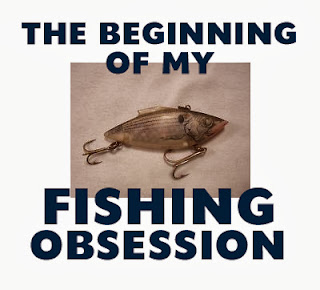 I can’t remember a time in my life when I didn’t have a fishing pole. I also can’t remember the first time I went fishing. I have a few vague, water color type memories of small bream and a sunset but nothing else to really tie them together as a memory.

I do remember when I became hooked on fishing though. Every single detail.

My dad had taken me to Lake Trammel, a small impoundment outside Sweetwater, Texas. He and my grandfathers had outfitted me with a few lures they felt they could part with, a rod, a Zebco 33 and a lot of smiles, shoved into a small tackle box.

Dad had found an area with lots of coontail that held some black bass. When we arrived, he tried every avenue to convince me to not tie on a lipless crankbait. A plastic worm would be better he implored. He knew in short order the gold Cordell Rattlin’ Spot I tied on my line would be a donation to Poseidon or the fisherman who came across it if the water level dropped.

30 seconds later he thought he was right. After a short cast and a couple of cranks I was tugging, pulling and making quite a racket. I couldn’t get my lure back. He sauntered over with a half smirk on his face when I was pulled forward. Weeds don’t pull back! After a short fight he held the fish while I ran to get that blue stringer I had insisted on brining along. A two and a half pound giant black bass was toted home and shown to anyone who would look. After a few pictures, most of which I cried through because of the bristled teeth of my foe, the bass was prepared and made into a nice meal.

The cycle had been completed and a new angler born. Little did any of us know that this one bass would start a fire that has yet to be put out.
Posted by Chris Payne No comments: Links to this post
Email ThisBlogThis!Share to TwitterShare to FacebookShare to Pinterest
Labels: Chris Payne, Cotton Cordell, dad, fishing, paynespaddlefish.com, the beginning
Older Posts Home
Subscribe to: Posts (Atom)