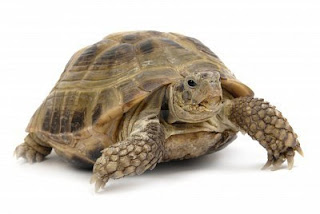 The idea of falling out of a kayak is the exact reason why people either:

This is nothing new. People don't buy any floating vessel only to end up bobbing beside it shortly after launch but maybe they should try it.

In light of the post earlier in the week I want to talk about the first thing you should do for your first trip out with a new to you kayak.

Turtle! Jump out! Flip the thing and get wet!

Don't just do it because it's 129 degrees right now (though that helps). Every kayak paddler should know how to get back IN/ON the kayak. When you are kayak fishing like  it becomes even more important. Let me tell you my first experience with turtling and why it's so important you practice re-entry.

I have been kayak fishing since 2003. In that time I have owned multiple kayaks of the sit in and sit on variety. During that time I had never fallen out/off my yak. After reading several stories of drownings, near drownings and bad events due to turtling during all times of the year, I decided for me and my family, we needed to practice. We practice all types of drills at work and that is to be prepared for the worst. The same can be transferred to the water. Practice so when the time comes, you don't panic and end up, well....dead.
In late spring a few years ago I purchased two sit on top Cobras, a single seat Navigator and a Tandem. These were the only boats in our fleet and would get a lot of usage. The first time out I told my wife and kids we had to know how to get back on. I told them I would go first so they could see how to do it and then they would try. I walked the kayak out to waist deep water with my PFD on and jumped on to the Cobra. No problems. This was more of a test for me before I went out to where I couldn't touch. It gave me some confidence and I paddled out to 10 feet of water. I counted to three and rolled off the side.

Oh, crap! Something was wrapped around my leg. As I tugged on it panic started to creep in. Breathing was becoming more labored and I needed to let the PFD do its work. I relaxed and floated upright. I could feel the cable or cord growing tighter as the kayak drifted further away. Of course! The paddle leash. I grabbed the leash further up toward the connection to the yak and pulled hard. The boat floated toward me and gave me some slack around my leg. I loosened its grip from my leg and let go. I was free! So was the Cobra though and I had to swim for it. I kicked and thrashed my way along side and latched on. I rested for a minute, exhausted, and planned my attack. I would try to propel myself out of the water and grab the opposite side of the boat (perpendicularly), then hoist myself onto it and voila. What I didn't calculate was how tired I was and how heavy I was.

I managed to get out of the water enough to grab the other side but promptly pulled it over on my head. This is not good. I pushed the boat off of me and righted it. Some boats are easier to right than others so make sure you test this out.Attempt two I didn't even grab the other side. People on the shore, including my family, are starting to wonder about this display I was putting on. I held on to the kayak for another five minutes and then gave it everything I had and finally, I got on top! I was out of breath, panting and glad to be aboard. And let's be clear, I'm no couch potato. I can still paddle 10 miles a day and at 6'2" was at that time about 215 lbs.

Worn out. That stupid paddle leash got me.

Over the next few days I kept replaying that scenario in my mind, thankful I had done it. I had been arrogant about not turtling. I figured it would never happen to me. That all went away that afternoon. I was humbled by a paddle leash. I also went and bought a dive knife.Thank God that the water was warm and I had my PFD on. If it had been on one of my January outings when the water registers somewhere between 38 and 40 degrees, even with my PFD I could have died. The chill of water that cold takes your breath. You hyperventilate and usually end up gulping in water. You can drown while you are floating. If that doesn't get you the hypothermia will. The only way to survive the water in the winter is to get out of it as soon as possible.

You need to know how to get back in your kayak whether it's warm or cold. Things can go wrong. People die. If all you had to know to survive was how to get back in, wouldn't you do it? That is why I implore you to turtle now! Learn while it's warm. Wear a PFD. Turtle. Reboard. Practice. Anytime you get a new kayak, like the ones i have now, go do this first!

For a video check out the link below. This isn't mine but is very helpful.Credit to Ken Whiting of Kayak Fishing Tales.