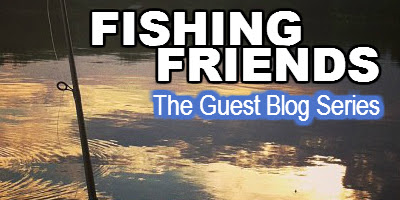 Cody Carpenter is today's guest blogger. Cody is an avid kayak fisherman, an ambassador for Mariner Sails of Dallas, TX, a TCU Horned Frog and runs a blog called YakSmack.com Always up for trying new things, Cody shares with us a guided adventure he recently embarked upon with Dean "Slow Ride" Thomas.

I recently took a trip down the coast and stayed in Port Aransas for a week. This was our second time down there and I love it more each time I visit there. This was also my first coastal trip since my addiction to kayak fishing started. There was no doubt that I was fishing from a kayak, in the ocean at some point on this trip.

I mainly stick to lakes and ponds and occasionally a river or two, so to venture out into the big blue was going to be quite a new experience for me. I can watch all the You Tube videos I want, but nothing compares to actually being there and having first hand knowledge about what you're doing. I
decided to book a guide for my first ocean fishing experience for a variety of reasons. I knew nothing about tides, how shifty the coastal weather can be, fish patterns, and the list goes on and on. I simply didn't have enough experience in my mind to be on my own in the ocean and I didn't want to compromise my safety and the well being of my two buddies with me. I called Slow Ride Guide Services in Aransas Pass and booked a trip with Dean Thomas who is the owner of Slow Ride and one of the first to be on the Wilderness Systems Pro Staff. I had heard about what a character Dean was and what a good time he shows his clients on the water, and he didn't disappoint. After I hung up the phone with Dean, many months in advance, I looked at my wife and told her, "I think I'm going fishing with Matthew McConaughey." He had that kind of Texan surfer thing going on in his voice and I knew it would be a lot of fun. 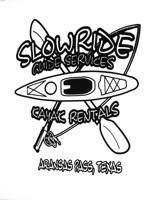 On the day of our trip we arrived at the kayak shop at about 5:30 in the morning and followed Dean to the marina. There we launched in his brand new skiff, this is one impressive boat, and took off to the location that we would be fishing. I could tell that Dean was a little worried that fishing would be slow, due to unusually high winds and extremely low tides, but I wasn't worried. As we passed several different flat areas they were eerily dried up to the bone and the shallow water along the shore line looked like it could be a problem trying to anchor up. We managed to find a nice branch that Dean had suspected to hold fish based on the bait traveling patterns due to the dried up flats. We immediately untied and launched our Wilderness Systems Tarpon 120's and got straight to fishing. right off the bat we could see Mullet jumping across the surface and the torpedo like wake behind them. This we were informed was our target, the Redfish or Red Drum, would produce a very noticeable wake and sometimes they could even be spotted in only a few inches of water with backs and tails breeching the surface. For the next five hours Dean paddled along side us pointing out signs of our prey and how to catch them, it was like having our own fishing coach. All morning there were signs of life and action. Early in the morning I landed a Skip Jack that put up an impressive fight for how small he was, and it looked like it was going to an action packed day. As the day progressed we all had top water blow up after blow up but could not get the fish to actually bite the hook, and that's pretty much how it remained the rest of the outing. It was very frustrating all day because we could plainly see fish everywhere, they were just lazy and didn't want to commit to biting our hooks.

Disappointed? Yes, of course, but what angler wouldn't be? However, I don't walk away from this trip empty handed at all. This experience has poured a foundation of experience that I feel I can build on for many future trips to come. I have gained invaluable information from my five hours with Dean Thomas that has helped me to consider all the underlying factors that come along with kayak fishing in the saltwater. I know that Dean was disappointed that we walked away without any fish, but like I told him, you put us on the fish, you cant make them bite too. I will 100% book a trip with Dean next time I'm in Port A, just for the good time.
Posted by Chris Payne No comments: Links to this post
Email ThisBlogThis!Share to TwitterShare to FacebookShare to Pinterest
Labels: Chris Payne, cody carpenter, dean thomas, guest blog, kayak fishing, paynespaddlefish.com, port aransas, reds, salt, slowride guide service, tcu, yaksmack.com
Older Posts Home
Subscribe to: Posts (Atom)