The trip to the coast was a success!

First, I wanted to talk about a myth. I have been hearing for months that I shouldn't take my Hobie to the coast. I have heard how there is no way you can get skinny and no way to maneuver. I also heard that I shouldn't even consider taking the Pro Angler to try. I heard from a guide that he hated his Hobie in the marsh. I heard from lots of people that you can't paddle a PA. It's too much of an aircraft carrier they would quip.

Full disclosure, I will not be fishing with Hobie in 2014. I am going back to independent status to be able to do more kayak reviews. I don't have anything to gain by the statements I am about to make but wanted to head off some of those ideas before they get off the ground. My Hobie Outback will be up for sale very soon just as an aside. Back to the myths.

A buddy and I took the Outback and the PA into the marshes at Newcomb Bend in Copano Bay. The fish were sitting in less than a foot of water. As we approached we removed the Mirage Drives. My friend in the Outback paddled up to the skinny water and I poled the PA up with my Park-N-Pole from YakAttack. We had a strong East wind pushing in our faces but we kept moving. I started laughing the further we got back into the slop. The PA handled it fine. My shoulders handled it fine. I don't know why everyone is so anti-flats boat about  the PA. Just for grins, when we finished fishing I paddled it back out and the half mile toward the take out. Never put the Mirage Drive back in it that day. The Outback I knew was no problem to paddle. I've done it numerous times. I guess I struggle with the fact that I almost bought into the myth. It was easy enough that when we planned a trip to the Port A jetties, I got back in the PA, went way skinny and threw the cast net to catch some finger mullet in six inches of water.

So how was the fishing? Awesome! Well, the catching was awesome. We estimate we landed over 200 specks the three days we fished, almost all of which were on artificials. The downside was they were small. No giants, very few legals but tons of fun.

I have to say, I love that Skinny Water Arsenal Stoker Shrimp. You can work it slow, pop it along the surface and catch tons of fish. Because it has a single hook and is weedless, you only catch fish.No weeds or oysters were harmed with a Stoker this weekend. The other thing that impressed me was the durability. I caught all of my trout on two Stokers. I bought 10. The two I used are still good, I just tried a different color. The SWA Stoker is possibly the most durable soft plastic I have ever used. Especially considering the teeth on a speck. I would imagine a blue fish could cut it in half though.

I didn't get much love at the jetties and went back to trout fishing shortly after. The wind ripped almost the entire trip during the day and laid at night. The last night we were there, I decided the three of us should count how many trout we caught. We landed 60 trout in just under two hours. Not many better ways to end a trip.

The next morning we packed it up and made the five hour trip home exhausted and happy. When we left there was no wind. Figures.

It was a great time and sure to fill my thought this week while back at the desk job. I am secretly plotting my revenge on some redfish as I write this. 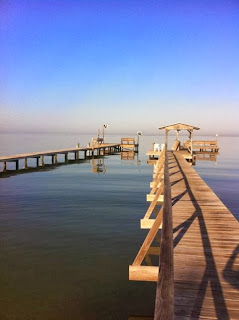 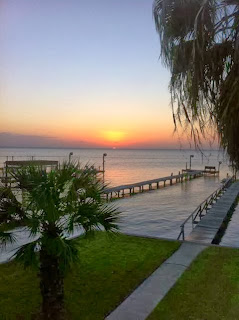