What Will You Be? 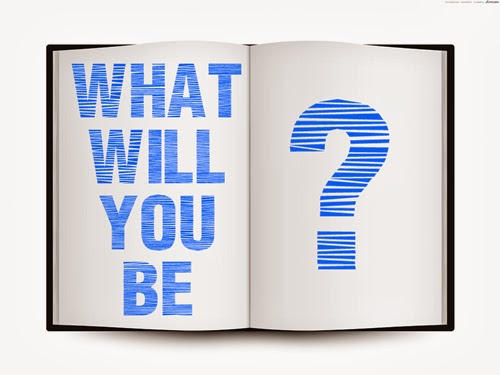 Life changing events, like the one I went through last week with the passing of my grandfather, leave you asking lots of questions. These moments cause introspection often to the point of exhaustion. Weeding through the myriad thoughts, small treasures can come forth.

My grandfather's memorial service brought forth some questions and after some pondering, some clarification. The question that I wrestled with was "What would be said when my loved ones gathered to celebrate my life?".

Many of us wear the hat of kayak fisherman. Some of us write some, speak a little, share on forums and get caught up in that identity. I love that part of my life and enjoy helping grow the sport in my little corner of the universe. The reality of it is, that's only a part of who I am. I am guessing that is the case for all of you too.

I know the answer for today but when it's all said and done, what will I be?

I want to be known as quick to lend a hand and slow to judge. I want to be not just passionate but compassionate. I want to be as giving with my things as I am with my ideas. I want people to know me as an advocate for kids in the outdoors, safety, kayak fishing, nature conservation and family.

While I'm not overt about my faith and Christianity, I hope people will afford me grace and forgiveness when I'm an idiot because I am human and sometimes not a great one.

I want my kids to pass on the outdoors to my grandkids if I am blessed enough to have them. I hope my wife understands my love for her is greater than the outdoors.

I have a lot of work to do.

My new projects with Yak Angler will allow me to advocate for my many loves, spread the fun and serenity of kayak fishing with even more people and allow me to refine the writing I do.

The opportunities I've been afforded and embarked upon were all started on a lake shore with my grandfather over 30 years ago. I can hear his laugh in the wind now almost as if he is telling others of our fishing tales from years past. If I can be half the man he was, I'll be twice the man I am now.

What will you be?

I am struggling. It's hard to write. It's hard to think. I can't concentrate and I don't like that I am sitting down to have to write this.

The curse of being a writer is after you've done it for a while, it becomes one of the only outlets you feel like you can control. This is going to be hard to write but it is more for me than for you.

The hero that was fading in my November post, is now getting ready to cross over through the Pearly Gates. He is in ICU and all of the family has been called in. He has said his goodbyes and told one of my aunts he was ready to go. My grandfather, my PaPa, is preparing to die.

His health has faded very quickly with an infection and the doctors seem surprised he has held on as long as he has. It doesn't surprise me. He has always been a man who did things on his own terms and awed the doctors. More than two decades ago, after heart bypass surgery, he was told to take it easy, eat better and enjoy life. The joke is on them. He has worked hard, played hard and enjoyed life the way he saw fit.

The things that a grandfather teaches a grandson tend to linger in his heart, even after he is gone. I expect no different this time. I expect that at some point this week, for the first time in my three decades, I will no longer have a living grandfather. I will forever have them, just not necessarily in huggable form. I was a lucky one and had two grandfathers for a good portion of my life. They were everything I hope to be some day.

I see myself in him. I see him even more in my kids. My son has his crystal blue eyes and my daughter his love for a good prank or tease. I am glad they know him. I am better because of him.

This man fueled my fishing passion from a very young age. I remember catching fish in snow storms and sweltering summer days with him. No weather wearied his love of fishing. He passed that on to me.

When I was 18 our entire family traveled to South Fork, Colorado to spend a week. The place we were at had trout ponds that were stocked almost daily and people from all over the world that would come and camp in the mountains. Being 18, I fished a lot but I was also always on the lookout for cute girls. I found one whose company I enjoyed and we spent an afternoon hiking and playing basketball. When it was time to head back to camp she asked where I would be the next day. I told her I was fishing in the morning with my grandfather. She asked if she could join and I said sure. As morning broke, I gathered my fishing gear and two chairs and headed for the closest pond. PaPa was already there and enjoying the morning. I set up my chair and an extra, empty chair about 30 yards down the shoreline from him. He saw the extra chair and asked what it was for. I told him I had a friend coming to join me. I conveniently left out it was a girl. He nodded and went back to fishing. About half an hour later my friend showed up. I introduced them from a distance and he waved. I cast both of the lines in the water and waited for a bite. A couple of minutes later I hear, " Chris! Chris!". I looked down at him and he made solid eye contact. I said, "What?!". He grins and says, " I don't know what you're talking about?! That girl's not ugly!" If a human could spontaneously melt into a puddle of embarrassment I would have.

Fishing was always fun with PaPa. Every spring break we would fish a series of lakes. We'd have a contest to see who could catch the most, the biggest and the first fish. I won some; he won some but it was always a blast. If I was running the trolling motor on his boat and started catching too many fish he would sneak up and twist my leg hair with some needle nose pliers. He always had snacks. Peanut butter and crackers and Diet Pepsi. For the life of me I never figured out why he always had Diet Pepsi but anytime I have one now I crave peanut butter and crackers. Between the snacks and the sunblock smell, it's hard to be outside in the summer and not think of PaPa.

Work life balance was something he showed me as well. It was often that our fishing trips would start with a trip to do a quick repair job on an ice machine. People would call and he rarely said no. That was the beauty of the pre-cell phone era though. Once you were on the water, no one could reach you until you were done. During our week long trips I never got mail, answered a phone or cared about anything else. Sometimes you need to work. Sometimes you need to play.

Through the years he also showed me that it's good for a man to cook and how to be resourceful at it. My wife is still amazed when we have "nothing" in the house to cook and I can make a soup or dish or entire meal that tastes pretty darn good. PaPa was an Army cook in Korea and knew how to improvise. I asked him about his soups at a young age and he told me it's all about what you have on hand. With a little of this and a little of that, you could always feed yourself. He didn't use recipes and I don't either. People ask for them occasionally and it takes a while to write it out. I never cook with a recipe unless baking. A little of this
and a little of that has fed my family for over a decade.

Gardening was another skill he honed. In the backyard of his home lives a paradise of vegetables. I don't really know how he did it. Sweetwater is not exactly the mecca of vegetable farming. The winters can be harsh, the summers scorching and the rainfall is less than desirable but there in the middle of town lies a bounty most would be jealous of. I may never reach that level but I know it can be done and it's in my genes.

When my other grandfather Papa Jim died, PaPa found me and hugged me for a long time as I wept into his shoulder. I don't cry much. I'm just not really a crier but this week and the week of Papa Jim's passing are the hardest I have had. I have to distance myself from others, hide in my truck and get it out. This post has taken me three days to write and it still hurts with every keystroke. It's the finality of it. God, I'm going to miss him.

When his time does come, whether this week or next or the next, I'll remember the smile, the twinkle in his eye, the fond memories and lessons he taught me. I'll look at his chair where the Bible sits not too far from a fishing magazine and long for another smile. If I am blessed with grandchildren one day, I hope to follow his lead. Very soon he'll be along on all of my fishing trips.