Speak Up or Stay Silent? 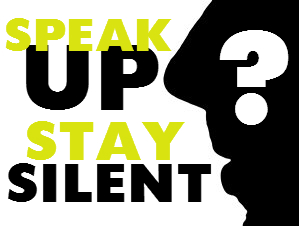 My name is Chris and I frequent sporting goods stores. No, seriously. It is frequent. Probably three times a week into each of the two big box stores near me. I don't buy very often but I am always scanning for a clearance deal, new bait or some hidden gem. Both of these stores sell kayaks so I often spend some time looking at the entry level kayaks. I know folks are going to be asking about them on the forums and Facebook so it's better to know what they are talking about in order to give an informed answer.

This loitering causes me some problems. From an early age I have had to learn to keep my mouth shut. Invariably if it stays open long enough, a foot will fly into it. I've gotten better at it but the control factor has me wondering if I am not saying enough. In certain situations anyway.

This week I was in one of the big box retailers and saw a father and son purchasing a kayak. The store associate helping them asked if they needed a paddle or lifejacket to go with it. I waited for the answer, standing in the middle of the aisle staring as if Bill Dance and Hank Parker just offered to buy me lunch. The dad says "No, we have a friend with a paddle we can use and my boy knows how to swim." I wanted to scream but before I could say anything (the shock took a minute to wear off), they were at the checkout line.

I had a huge battle going on in my head. I was debating back and forth whether to approach them and explain the dangers of kayaking without a PFD. I might risk making them angry. Dad was in his mid to late 40s so a younger guy telling him how to parent might not go over so well. A migraine was developing from all the internal dialogue.

Do I speak up or stay silent?

Though I feel regret now, I stayed silent. I kept my mouth shut, my feet on the ground and left. It's torture to want to educate people but at the same time, is a public retail shop with strangers the best place to try to correct a mistake in progress? Hopefully someone talks some sense into these folks. It should have been me.

What would you do? What will you do?

Catching Fire in the Marketplace


Every 6-12 months a new kayak, new gadget, and new widget seems to catch fire in the retail and barter markets. The object becomes desirable and sells like crazy and then more often than not comes back down to the normal rate of sales a few months later. 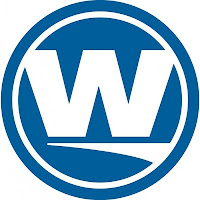 Remember when everyone had to have a Native Ultimate? Remember when the Hobie Outback was THE boat? Remember the Jackson Coosa craze? Are you paying attention to the Wilderness Systems Ride craze that is going on simultaneously with the Hobie Pro Angler craze? If you said yes to one of these questions, the follow up to it is why? Why do these things “catch fire” or “sell like hotcakes”?

Malcolm Gladwell wrote a book called The Tipping Point. In it he talks about diffusion models, and three key players: Mavens, Connectors and Salespeople.Don't worry too much about the diffusion model piece.


Let's look at the three players.

Mavens are idea people. They are always thinking of new ideas, inventions, new ways to do certain tasks. I think Luther Ciphers is a great example of a maven. Luther is always pushing the envelope to do things better. He can take an idea, tweak it and give you something better. He also has the skills to make it. Often idea people are just that, full of ideas. Luther can take it from idea to merchandise with his own tool set. 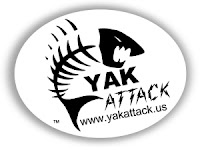 Connectors get the word out. These folks seem to know everyone. If someone asks about a good plumber, they have a guy. If someone wants to know who to talk to about getting a new kayak, they have a guy. The Connector doesn't forget many folks, if any, and has great recollection of where he met someone and under what circumstance. I have often been called a Connector. I like people and like to know what they do. I can remember where I met someone even years or decades later. I have freaked people out when they have no idea who I am but I remind them we met at a party in Abilene, TX in 1997. And I can recall the house, who else was there etc. I've had to limit myself with this skill when someone doesn't remember me. It comes off stalker or uber nerd. If you need a guy for this or that, I can get you in touch with them.

Salespeople are not paid to sell in a lot of cases. They sell things without knowing it sometimes. It doesn't have to be a product; it could be an idea or thought too. These sales folks drive sales just by talking about them. Have you ever been in a room and been fired up to take action? A Salesperson just sold you on something. Motivational speakers are like this as are football coaches. Chad Hoover is a Salesman. When you watch his U-Stream videos you can see the passion. You are drawn to it like a moth to a flame. Chad breathes kayak fishing. People are attracted to his passion. How many of you went to his seminar in Dallas? Did you leave pumped up or did you feel blah? I bet it wasn't blah.

When the three types work together, products and ideas can catch fire. The Connectors are the hubs. Chad and Luther have hubs all around the world, people referring the folks they know to HOOK1, YakAttack, Wilderness Systems, World Fishing Network, KBF and others. Usually a Connector will recommend you to look at a product or idea by a Maven and then introduce or encourage you to talk to a Salesman.

An example would be the BlackPak by YakAttack. How many of us have heard Chad talking about, Luther building and been referred to both by others?

What makes it even better is when a person with one of the types is also strong in another category. Luther and Chad both have qualities of the other two types. This can create a Perfect Storm in a selling environment.

Passion, when it meets with innovation and need (or want) drives the market. This is why it catches fire.