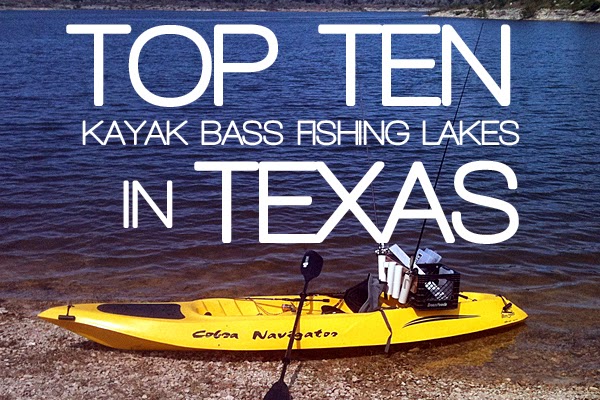 Having lived in Texas all my life and kayak fished all over this great state the last 11 years, it's time that I let you in on my favorite hot spots. These lakes may or may not be places you are familiar with but you will definitely want to add them to your list. If you are searching for black bass out of the kayak, try these lakes.

Wishy-washy. Go ahead and call me that. I'll own it. I am not saying I am the world's biggest fan now but what I can tell you is that the group of guys that fishes a tournament can make a huge difference.

I went to the PKAA tournament this weekend and discovered a nice balance between the love of fishing and competitive spirit. Though the tournament was cancelled, I rediscovered what is nice about tourneys, how to balance fun and competition and why kayak angling is a unique but rapidly growing sport.

A dozen or so of us decided to drive up on Friday, do the pre-registration and have dinner at Tiffany's. As always, the stories, fun and dreams of a big day flowed. After three hours of camaraderie, the group decided to retire to the cabins for the evening. (A good portion of the group was staying in the same area which made it easier to find for those of us out of towners.) The good times didn't stop once there. Lots of talking, a few adult beverages and lots of map gazing passed the time.

As it neared 10:30PM, three of us decided to turn in. I knew the drive home after the weigh-in was going to be brutal and a couple hours sleep would not suffice. Just as I was starting to get settled I heard a knock at the door. Someone was wanting us to go next door. They wanted our input. I hopped up to go see what prank might lay waiting. But it wasn't a prank. The others joined as we talked about the impending weather. Forecasts had now changed to potentially dangerous and life threatening conditions. Wind gusts to 40 or 50 MPH had all of us weary. After some lengthy discussion the tournament was cancelled.

So what do a bunch of guys at Lake Fork do when the previous off limits period has been lifted? You go fishing! We all grabbed a rod, or kayak, and headed down to the nearby pier. In just an hour three fish were landed and a good time was had. Some of us retired around 1AM. Others may have slept less than two hours before the breakfast alarm sounded. Apparently the "I NEED COFFEE" alarm went off at 4AM next door. An hour later we were all up and moving towards Tiffany's again. After much discussion, almost everyone dispersed to fish or start the long drive home.

Money in hand, I fished with my brother and others at Fork and then the Payne boys went to a lake that calls our name later in the afternoon. While on Winnsboro, Lance, my brother, landed his first, second and third fish from a kayak.

So why the second thoughts?

After all was said and done, I would have been just fine not winning anything and going home empty handed. The bond that kayak fishermen show, especially when sharing meals, talking around the ramp or fishing at midnight reminds me that it's always more about fishing and growing the sport than winning to almost all of these guys. While they like to win, they also like to share. That is why I may be at a few more tournaments than I had planned. A fellow kayaking fisherman, Bert Turner, reminded me of this weeks ago and I just had to feel it for myself. Thanks Bert. I understand completely now.