Gadgets are Not the Problem 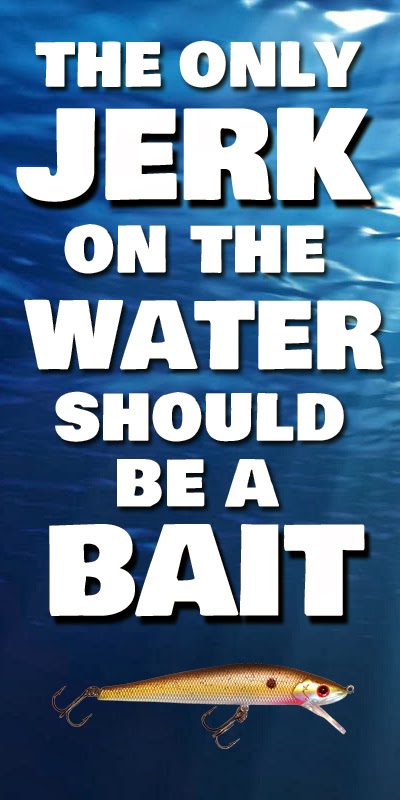 Yesterday I posted up an intriguing letter to the editor entitled "Gadget Fire". Comments varied across the different social media platforms and people across the country weighed in on this potential problem.

After mulling it over, I don't believe that the root cause of our potential community divide between the "haves and have nots" is gear. The problem is people.

When large groups of people are intertwined at a public venue, ours being a lake, ocean or other body of water, you find not everyone had the same upbringing as you. Some people were not raised in the friendly, wave to everyone, mind your manners, don't embarrass your parents way that I was. Some people were raised by a parent or parents who chose to offer little guidance when their child acted outside the accepted societal norm. So much of the American culture now is "Get Yours", "More is Better", "Bigger is Better". We have become obsessed with stuff. But does having stuff make you bad? Reading many comments you would think so.

Here is my confession: I am a gear head. I like to try new things.

It doesn't come out of greed, it comes out of curiosity. I am always looking for innovations that catch more fish, give a better experience, solve a problem etc. I'll often buy things knowing if they don't work out I'll resell them. I like to try new things. Does having lots of gear and gadgets on my kayak make me a bad person? Does it make me a snob? No. My kayak and its additions are inanimate. They can't speak or act.

I control how I act. I decide to talk to people. You do the same. You are in control of you. A common declaration I hear is "You made me angry with what you said!" Wait, what?! I made a statement. You chose to get angry about it. Your emotions are the ones overflowing. How did me stating how I feel make you angry? It's an opinion. Everyone has one and guess what? They don't all have to be the same. It's easier if they are all the same but it's not reality.

As humans we expect assimilation subconsciously. We want and expect everyone to act a certain way (the same way we do). When something goes against that, we feel that it is different. That is where we choose how to act. Do we yell and scream? Do we shake our heads and mumble? Or do we just shrug it off and keep moving? Each reaction is different as are the actions. We are humans.

Here is where we need to make an unofficial law. The only jerk on the water should be a bait. If you think you are superior to everyone because you have the best stuff, be polite and wave at least. Or even a head nod. This works both ways though. Don't judge me bro! I have a lot of stuff but if you want to chat, I'll chat! I'm going to leave you alone in your space when you are fishing but might wave or ask how you are doing. I can take a hint. If the answer is short, I get it. You don't really want to chat and that's cool. If you start talking and asking other questions, I'm going to take some time and talk. Just please don't assume I'm a jerk because I have a certain fish finder or camera or rods.

The point of all this is to be kind to one another. Don't judge others until they've proven they are a jerk. Gear and gadgets don't make a person good or bad. Their attitude is everything. So is yours.

Be kind to one another. Share the water and remember, this is supposed to be fun!
Posted by Chris Payne No comments: Links to this post
Email ThisBlogThis!Share to TwitterShare to FacebookShare to Pinterest
Labels: bait, chill, Chris Payne, courteous, gadgets, gear, jerks on the water, judgement, kayak fishing
Older Posts Home
Subscribe to: Posts (Atom)