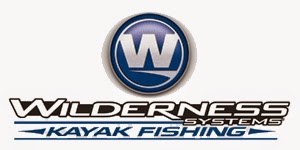 Sometimes parts break. Pictured below is the seat from my Wilderness Systems Commander 140. Moving back and forth from the Captain's Perch to the seat I didn't pay enough attention and a couple of times flopped down on the seat back instead of the seat and it eventually took its toll. I blame myself. When you don't pay attention and get in a hurry, stuff can break. My Commander doesn't qualify for warranty and I didn't see much in the way of tutorials of replacing a broken seat back so I figured, what the heck. I ordered the parts from harmonygear.com and the next day it was sitting on my door step. I ordered the seat back and the cover for it. Total with shipping was less than $25. The back offered as a replacement is bigger which I thought was a nice bonus.  To do this, reusing hardware you'll need a flat head screwdriver and a Phillips head screwdriver. That's it.


The first thing you need to do is get the seat back adjustment straps loose. On the front of the seat near the corners are two Phillips head bolts. They are holding the straps in place. They will have a washer on each side and a lock nut. Remove and save these parts.


Now you have the seat back loosened from the front and if it's broken, it's completely loose. Now you need to pull the straps through the back of the rest. You will be removing the adjustment strap and the bungee. Hang on to these as well.


Now you need to remove the connection point where the back connects to the seat base. You can do it with a flat headed screw driver. On the right hand side is a plug and spring that will retract with some pressure. It's like the spring loaded toilet paper holders. The left side is stationary and won't move. Put a little pressure moving inward with the screwdriver and pull it out and away from the base. Be careful because the spring inside will make a run for it. Save the plug end and spring as well.

At this point you should have only invested about three minutes in this process. It's time to put the new back on! You will need to lay the seat back facing down with the molded pivot point to the left. Take the tightening straps and the bungee and thread the through with the loose ends coming out of the back of the seat back.

Now you'll want to put the cover on the seat back. Make sure the pivot point goes through the strap so it will be behind the seat.

Carefully place the spring and plug from the old seat into the new seat back and pop the seat back into the seat base. Once you do that you'll want to loosen the seat back straps as much as possible and then reconnect them to the base using the bolts, nuts and washers you saved earlier.


Tighten the straps a bit and attach the bungees and voila! You did it.