Last weekend the North Texas kayak folks got together for the annual Spring shindig and fundraiser for Heroes on the Water. Several kayak dealers worked hand in hand to have a fun time and give folks the opportunity to try out a lot of different kayaks in one spot as well as meeting fellow enthusiasts.
I used the opportunity to take a test spin in a few different kayaks I've wanted to try. Today I’ll give my first impressions. Don’t take these as full reviews, just first impressions from what I prefer in a kayak. 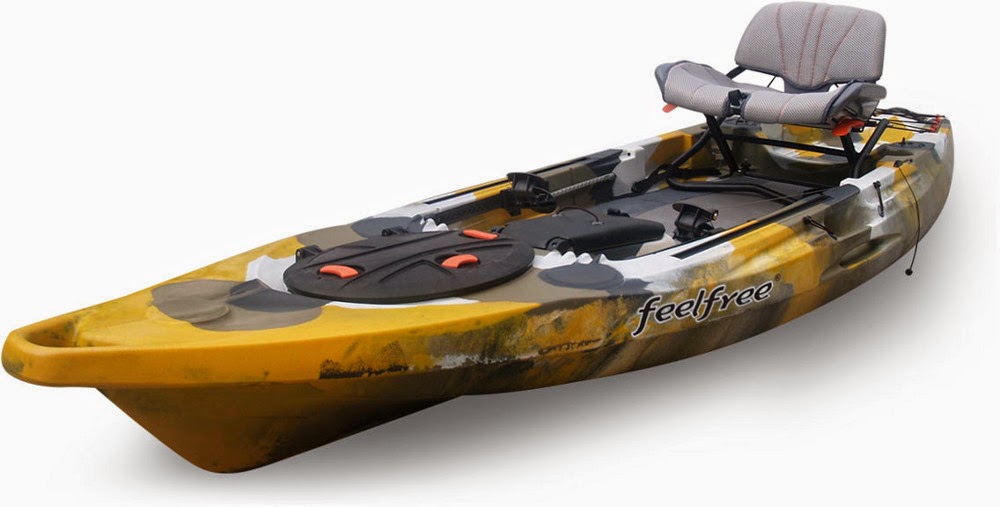 First off, the seat is everything they claim it to be. Comfy and the adjustment mechanism is cool. The kayak was easy for me to stand in without using a stand assist strap and I felt comfortable even in the chop out on the lake. I’m not crazy about the locks on the front hatch and it walks some when paddling. I also like the keel wheel in the back being wide and unobtrusive. This would make an excellent river boat or smaller water boat. 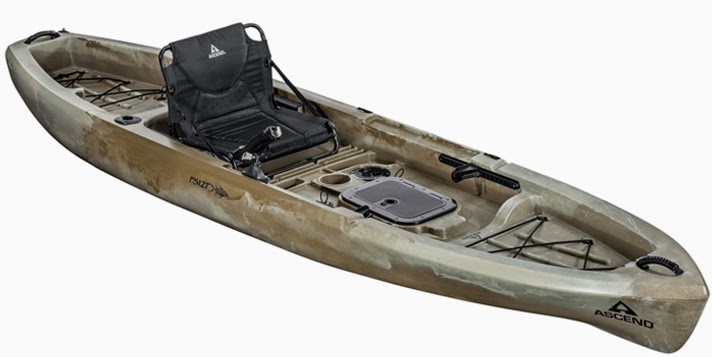 The frame seat is a nice touch though it has a tendency to slide back. There are some things that they need to work out on the deck. Two more scuppers where the water gathers would be a big help. They STILL need to move that premounted rod holder. I’d also like to see a better locking system for the chair but for $549, you can’t beat it. The kayak paddles pretty well and stability was definitely better than expected. I stood up and rocked the boat a little bit and it did well in the chop. Sure it could use more rocker but for rivers and lakes this might be a winner.

This is another very stable kayak. I thought the stability had improved considerably over the Slayer 12. I’m not a fan of the process of dropping the propel drive but what can you do? The motion of the propel felt strange to me as if I lost torque when the pedal was farthest from me. It was just foreign after the back and forth in a mirage drive. The speed seemed pretty good and a little more response from the rudder would be nice. It’s not really for me but the improvements that keep coming from Native are good ones. Definitely worth a try if you are in pedal market. 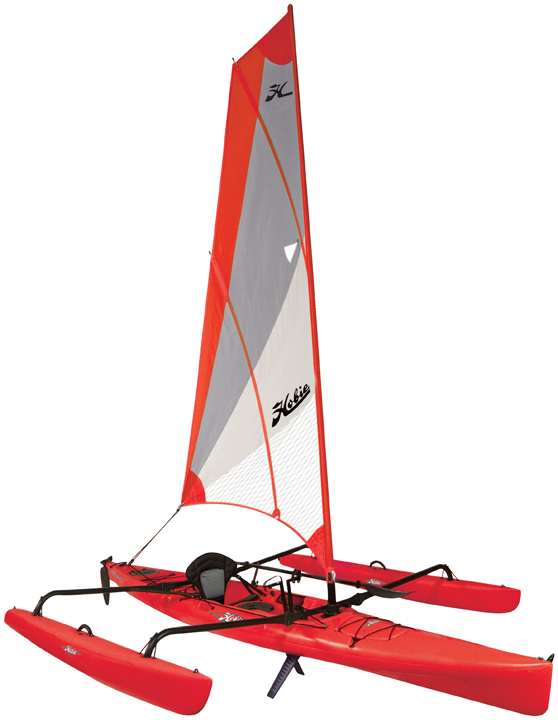 It’s daunting when you first slide into one of these sailing kayaks. It seems like a lot to remember and learn but the learning curve is actually pretty quick. THIS IS A FAST MACHINE!!! It’s a blast and a bit scary the first time the sail scoops the wind and you start flying across the water. I think it’s going to take some practice before I can fish off of one but wow what a rush! This is definitely a boat I want to try again.

With two new projects ramping up in the last 60 days, I am increasing the amount of testing I am doing. What that means for PPF and the other projects is more information on more gear for people to look over and decide if it is worth their hard earned money or not.

Over the next month I'll be testing out these products and possibly more: