No Sleep Till Fayette 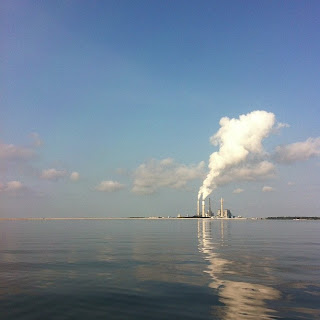 It was grueling. It was hot. It was maybe a little stupid, but I did it. And more importantly, I don't regret it.

Last Saturday was the two man team event for Capital City Kayak Fishing Tournament Series at Fayette County Lake outside La Grange, TX. Fate played a cruel trick on me and I had a double date in Austin Friday night. Ouch. I live in Temple, about an hour north of Austin. For fear of getting my kayak stolen while we were playing downtown, I opted to drive to Austin, have some fun and then drive back to Temple, load up my kayak and gear and drive to Fayette, two and a half hours away. I would get there during the registration period and be on the water shortly after arrival at about 3:30 AM. The tourney started at 4 and went until noon. How could I pull this off? And why?

My dad taught me a trick a long time ago that works for staying awake late at night while driving. Sunflower seeds. I stopped into a local gas station on my way out of town, got my liquids and snacks for the day and picked up a large coffee cup and bag of sunflower seeds. I hit the road and started working the seeds. As long as I kept hulling and spitting, my mind stayed sharp. It was keeping it busy I suppose and it worked.I arrived without incident and pretty darn alert. But why would I do this? 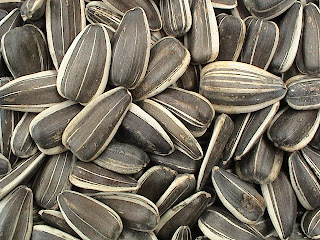 First off, I told my partner I would be there. Fishing a lake I had never been on, I didn't have great expectations but a promise is a promise. Secondly, the CapCity tournaments have huge payouts. 17 teams fished and first place took home over $1100. Big bass was $340. That's pretty decent for a $50 buy in. Additionally, the sponsors that Beau Reed has lined up with these events are amazingly gracious with their prizes. Smith Optics, HOOK1,Powell Rods, Lone Star Beer and many others donate prizes and refreshments. To go one further, these guys are pretty cool to hang with. As a newcomer to the group this year, I have been able to visit with lots of these guys. They share information, like to tease and have a good time. I haven't left any event with the Austin boys where I have felt like I never wanted to be around them. Maybe it's kayaking in general that calms everyone down but when a guy or team comes in with 120 inches of fish, you know how hard it was to do that. Everyone appreciates the accomplishment, enjoys a cold Lone Star and kicks it at the ramp.

My day was short lived. I fished until about 10:30 and I hit the wall. The heat, sleep deprivation and not enough fish to keep me in contention had me beat. I caught plenty of fish but only one measured over 14" so one fish for me. I made the long trek back to my launch point, struggled to load up and drive back to the weigh in. I called my partner on the way in and he was struggling too. We didn't finish last but we didn't finish well either. I visited with Beau and Chewy Linton at the weigh in for a bit and hit the road. Again munching my seeds and trying to stay awake before the impending sleep coma set in. I made it home and hit the hay.

The trip was exhausting but I don't regret it at all. I'll be back, hopefully with better planning. If you are in the Central Texas area, you should come see what this Cap City thing is all about. Just bring your cash and a good attitude!
Posted by Chris Payne 2 comments: Links to this post
Email ThisBlogThis!Share to TwitterShare to FacebookShare to Pinterest
Labels: advice, beau reed, cap city kayak, chewy linton, Chris Payne, fayette, paynespaddlefish.com, sunflower seeds, tournaments
Older Posts Home
Subscribe to: Posts (Atom)